If ever you have faced starting issues in your scooter, lawnmower, outboard motors, and many other electro mechanical devices? If yes, then next time your first step after testing the battery should be to test its cdi box. A CDI or “capacitor discharge ignition system” is called by many other terms like a black box, pulse pack, and brain box. All motorbikes after 1980’s come with this cdi box for an efficient ignition system.

The good news is that we are going to tell you how to test cdi box with multimeter in some simple steps. So you may test it and most probably fix or replace it by yourself before going to some mechanic garage.

Things to do before analyzing a cdi box

Signs of a failed CDI

There are some signs and symptoms by which you can assess whether the cdi has failed or one of its parts is malfunctioning.

You can check cdi box status by performing these simple steps which are given above. But for that, you must know how to use a multimeter for basic electrical tasks. If you don’t know much about it you may follow the link given above to learn about using digital multimeters.

A motorbike, lawn mower, or other automotive’s ignition system mainly depends on capacitor discharge ignition system. So it should be in good condition to avoid any starting issues. We also advise you not to ignore problems when they are at initial stage like delay in cranking etc. in fact these symptoms tell us to repair our machinery as soon as possible. 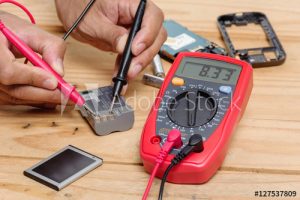